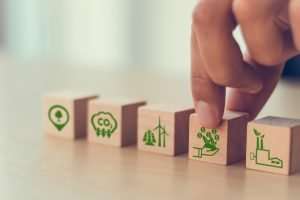 Climate change is becoming an increasingly talked about issue. Often at the forefront of the news, political debates, and the public consciousness. Understanding detailed reports about climate change can be daunting at first. Particularly as they often include jargon and concepts in need of explanation. Therefore, we need to continually improve our ‘Climate Literacy’ if we are to make sense of such media.

One such report is the World Bank’s State and Trends of Carbon Pricing report, published in May of 2022. The results (once you understand them) are both troubling and encouraging: 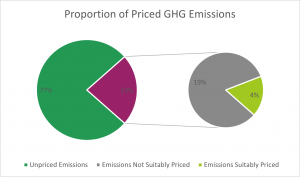 But what does this all mean?

What are Carbon Pricing Instruments? How does carbon pricing generate government revenue?  What is CBAM and carbon leakage? And what is the voluntary segment of the global carbon market?

*Answers to these questions are marked with an asterisk.

If you know the answers to these questions please skip ahead to the Summary section at the end to get a breakdown of the executive summary of The World Bank’s State and Trends of Carbon Pricing report. Otherwise, the Background section will first explain everything you need to know to understand the report.

First, a quick recap on the current climate change situation.

To achieve this, countries have set various targets, usually with the key deadlines of 2030 and 2050.

As there are a lot of different kinds of greenhouse gases, the unit used to quantify these gasses are metric tons of carbon dioxide equivalence (tCO2e), where greenhouse gases are expressed as the amount of carbon with the same global warming potential. 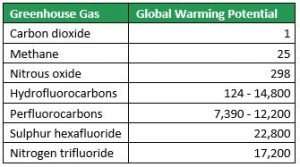 For example, one ton of methane is equivalent to 25 tons of carbon dioxide, in terms of its global warming potential.

Carbon pricing is a tool to ensure companies pay the social costs of their emissions, per every metric ton of carbon dioxide equivalence they produce.

Unfortunately, it is not that simple. There is not one universal carbon price. Different countries have different prices. And within a country there can be more than one way to calculate the price (these different prices then applying to different industries). The price of carbon is calculated using Carbon Pricing Instruments (CPIs).

We will cover each of these individually in the next sections, although it may be helpful to see an overview of the relationship between these CPIs. 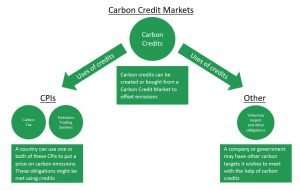 Carbon tax and Emissions Trading Systems (ETS) are ways companies can be penalised for emitting greenhouse gases. Whereas Carbon Credits Markets can reward companies for greenhouse gas removal and allow companies and governments to pay to offset their emissions and meet their commitments.

Out of our 3 Carbon Pricing Instruments (CPIs), carbon tax is the simplest. A tax paid to the government based on the amount of tCO2e emitted by the company. This incentivises companies to cut emissions to cut their tax bill.

Emissions trading systems are only a little more complex. The most common ETS system is the ‘Cap and Trade’ System, where the government limits the total amount of emissions and creates emissions permits equal to this limit. It then issues (for free) or auctions (to generate revenue) these emissions permits, which give the companies that hold them the right to emit a certain level of tCO2e and no more. *

Companies can then trade these permits between each other, subject to regulations like maximum and minimum prices, over the Emissions Trading System (ETS).

If a company needs to emit more carbon than they planned, they will have to buy a permit. If they emit less, they can sell their unused permit to another company over the ETS.

Carbon credit markets are where entities such as companies, governments and international organisations can buy carbon credits.

What is a carbon credit?

How are carbon credits created?

The term ‘mechanism’ is given to any entity responsible for issuing carbon credits. The largest mechanism today is the ‘Verified Carbon Standard’, having issued 295 million tCO2e of credits in 2021. [i]

Carbon credits can be generated by a variety of activities, called ‘projects’, that reduce the greenhouse gases in the atmosphere. For example, ‘carbon removal’ projects generate the most expensive carbon credits as they suck carbon out of the atmosphere via carbon capture and storage technology. Whereas ‘nature based’ solutions such as planting trees are usually cheaper as they accomplish the same goal, albeit a lot slower and at a lower cost. The more controversial ‘avoidance’ credits even exist and can be issued when a company emits less greenhouse gasses than they might have done. Credits representing carbon avoidance are usually less expensive than credits representing carbon removals and can cause controversy when companies use them to ‘offset’ emissions they have created. [i]

How are carbon credits used to offset emissions?

Depending on the rules of the Carbon Pricing Instruments (CPIs) used in a country, a company operating within it might be able to buy carbon credits to help meet its carbon tax or ETS obligations. Why should they pay tax or need a permit for the carbon they emit if they have bought a carbon credit offsetting it? There are arguments for and against this that are beyond the scope of this article. Just know that some governments allow this but require eligible credits to have been issued by approved mechanisms and to have been generated by approved projects.

As mentioned in the relationship diagram in the What is Carbon Pricing? section, entities may use carbon credits to meet other obligations or targets. For example, they may be used to meet:

The above three bullet points along with companies buying them to meet their carbon tax or ETS obligations (the domestic compliance market segment) make up the 4 main carbon market segments.

This concludes the ‘Background’ section of this article. Next, we’ll breakdown the executive summary of the State and Trends of Carbon Pricing report, so that we can understand the current global position and what more needs to be done.

3. Summary of the Carbon Pricing Report

3.1. The Carbon that is Priced is Too Cheap

The carbon emitted and paid for by companies under a carbon pricing instrument only makes up 23% of global manmade emissions, with only 4% of global emissions priced at or above the suitable price range needed by 2030. [i]

The below graph shows the current carbon price for all 67 Carbon Pricing Instruments that were in operation at the time of the World Bank’s report. Carbon tax schemes are shown in blue while ETS schemes are in red. For the countries that separate CPIs between regions (eg Canada), the CPIs are named after the region they apply to. The countries that apply different carbon tax schemes to different industries are shown in dark blue for the lower carbon price, and light blue for the higher price. The RGGI is an ETS scheme applying to 12 eastern US states. [x] 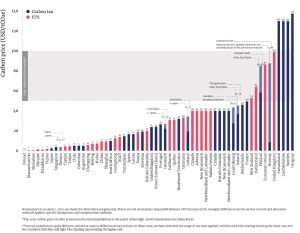 The above graph shows that most CPIs are currently below the 2030 carbon price corridor however this is only a snapshot of the current situation. The below graphs show the carbon prices of selected Emissions Trading Systems (ETSs) and Carbon Taxes respectively. 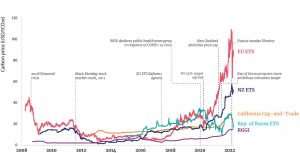 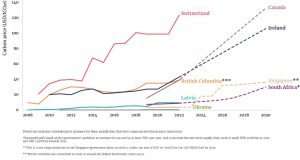 It is encouraging to see in the above graphs that over recent years there has been an upwards trend in carbon price, a trend that is only gaining in momentum. Prices have risen sharply in the past year due to government policy decisions, increased speculation, and economic trends in energy prices. And with seven and a half years to reach the 2030 carbon price corridor many more countries are likely to achieve this goal.

Carbon revenues earned by governments from carbon taxes and auctioning emissions permits under Emissions Trading Systems (ETSs) have also increased sharply. Global revenue in 2021 increased by almost 60% from the 2020 figure, with ETS revenue overtaking carbon tax for the first time. 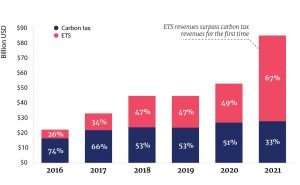 Common uses for the revenues generated by carbon pricing include supporting sustainable economic recovery from the Coronavirus pandemic and transitioning from indirect to direct carbon pricing. As well as achieving a ‘Just Transition’, meaning to help individuals affected by the global switch from fossil fuels to renewables. For example, Ireland has announced that the extra revenue from their 2022 carbon tax hike will be used to increase spending on social welfare and prevent fuel poverty. [vii]

3.3. An International Approach to Carbon Pricing is Needed

Carbon leakage is the risk that a reduction of emissions in one country is offset by an increase in emissions in another. The risk is that a company, tired of paying such high prices for emitting carbon, might export the dirty, carbon intensive work to some place with a lower, or no, carbon price.

There is little evidence for carbon leakage. Besides, most CPIs have measures in place to reduce carbon leakage in high-risk sectors. [i] Also, in the past the carbon price was so low it wasn’t worth it. However, with carbon prices rising it is becoming more of a concern.

The EU’s proposed ‘Carbon Border Adjustment Mechanism’ (CBAM) is an example of a new policy in development aimed at avoiding carbon leakage. CBAM would apply a carbon price to imported goods, based on the greenhouse gases emitted during their manufacture. To avoid double paying the carbon price (once in the country the good was produced and again when being imported into the EU) goods from countries that operate an ETS linked to the EU ETS are exempt. While goods from countries operating an unlinked Carbon Pricing Instrument will pay the difference between the EU carbon price and what was already paid before it was exported. [i] *

Climate clubs are growing in popularity. These are agreements between countries with the aim of promoting climate change mitigation. For example, the US-EU Carbon-Based Sectorial Arrangement aims to establish a common definition of ‘low-carbon’ steel. [viii]

The domestic compliance market segment, where credits are bought to reduce carbon tax and ETS obligations is relatively small. But demand is expected to rise following new rules agreed at the Glasgow COP26, allowing governments to decide the carbon credit generating projects that will be developed within their countries. And will also allow governments to decide which type of carbon credits to authorise as eligible to meet carbon tax and ETS obligations. [i]

The price of all types of carbon credits are on an upwards trend with carbon removals as the highest priced. Followed by nature based credits, which have seen the largest rises in price in recent years. [i]

The mechanisms that issue carbon credits, are mostly independent entities that are not managed by a government and the carbon markets themselves are new and lack governance. [i] Governance is needed to ensure carbon credits are created and exchanged in a fair and consistent way. It is also important to ensure that companies are using carbon credits correctly. One controversial use of carbon credits was in 2020, when TotalEnergy celebrated the delivery of its first shipment of ‘carbon neutral’ liquefied natural gas. However, the carbon credits used to make this claim were created by a renewable energy project, that represented emissions that had been avoided rather than removed from the atmosphere. [ix]

In conclusion, we seem to be moving in the right direction, at the wrong speed. To achieve the 1.5oC target set in the Paris Agreement, we need to:

[vi] Based on data from ICAP Allowance Price Explorer. 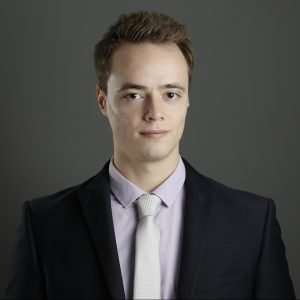