MiFID II – Costs & Charges Disclosure (Or: How I learned to balance complexity with clarity) 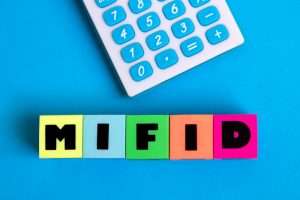 On a recent client project, I was introduced to the exciting world of regulatory legislation through the Markets in Financial Instruments Directive II (MiFID II). MiFID II is an EU-wide directive which governs the trading of shares and other financial instruments conducted by organisations within the EU.

MiFID II is in fact a replacement for the original MiFID rules, released in November 2007. This earlier MiFID is not viewed as an overwhelming success, due at least in part to its concurrence with the financial banking crisis of late 2007. The original MiFID also focused primarily on equities, while MiFID II is much broader and has a more wide-ranging scope.

MiFID II encompasses all aspects of trading assets within the EU. Currently, it appears that insurance services will be subject to the original MiFID rules.

One of the key elements of the MiFID II rules is greater transparency to investors with regards to costs and charges applied on holdings.  My project, and therefore the focus of this article, relates to this aspect of the directive.

These costs and charges can be many and varied, but will typically include things like:

Under MiFID II, costs and charges should be listed as one of three categories:

Within the three categories listed above, costs and charges should further be categorised according to when they occur: one-off charges and ongoing charges are listed separately. Transaction costs, which are costs occurring due to transactions taking place within the fund itself, are also a separate category, as are ancillary costs and incidental costs.

The disclosure of the costs and charges on investments under MiFID II can be a complex issue, for the following reasons:

Along with the actual costs and charges, there is a requirement for MiFID II disclosure statements to show the return achieved by the investment both gross and net of any charges, and the cumulative effect of the charges.

Two main methods for doing so have been suggested:

The issues outlined above show that at the heart of this area of MiFID II is an issue of complexity versus clarity.

Costs and charges on investments are typically complex; and communicating a complex situation clearly is not an easy matter.

It seems to me that there are four main approaches when required to do so:

In fact, MiFID II is just another example of the constant need for actuaries to know how to walk the line between communicating clearly and accurately. It may be hard for mathematicians to hear, but being right is often not enough; indeed, precision is sometimes only as important as clarity.