Life can be tough as an insurer.  A niche market can be a profitable place to establish a presence but can leave a company vulnerable to changes in the 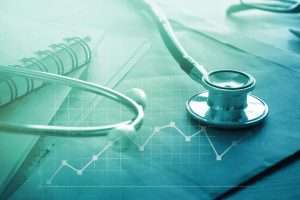 regulatory, political or business environment.  The 2017/2018 General Medical Services contract for GPs, which came into force from 4 April, is a strong illustration of this vulnerability, as it looks set to make redundant much of the Locum cover offered to practices.

Locum Protection products reimburse a GP Practice for the cost of hiring temporary medical staff in the event of a GP’s absence due to ill health.  Limited payments were available centrally under the previous arrangements, but under the new contract there is a far more structured approach to the way these payments are arranged while the amounts on offer will be far more commensurate to the incurred cost.

The main changes to the contract relating to sickness payments include[1]:

As a result of these changes the central payments now mirror a significant part of the benefits which Locum Protection products have been designed to provide. Although the changes should not come as a complete surprise (providing payments for Locum cover has been under discussion since at least the 2014/2015 contract), the implementation of this benefit will wipe millions off the balance sheets of suppliers of Locum Protection, with GP Practices understandably less interested in taking out insurance against a risk already covered, albeit perhaps not fully, by the NHS.

While large scale lapses have not yet occurred, as practices determine the extent of the change in their needs and insurers are obliged by TCF to inform them, it seems likely that this product’s position as a major driver of profitability to companies in this area will be diminished.

However, all is not lost for providers of such products.  Since the average cost of a Locum is around £2,810 pw[2] (attempts to cap this amount have reportedly been unsuccessful) there is clearly still a market for Locum Protection.  Further, having an established foothold in this price-inelastic market should allow innovative insurers scope to offer alternative products to replace the lost business, for example indemnity from medical malpractice, which is a growing problem to these customers.

Although the likelihood is that insurers will end up having to cancel much of their cover and reimburse premiums paid for unnecessary insurance, the fact that they will need to contact clients to explain the changes is a perfect opportunity to build trust and discuss other suitable products.

It will take time for the companies affected to assess the full damage and possible mitigation approaches to this sudden change of environment, but if nothing else the development stands as a warning against complacency in this ever-changing industry.