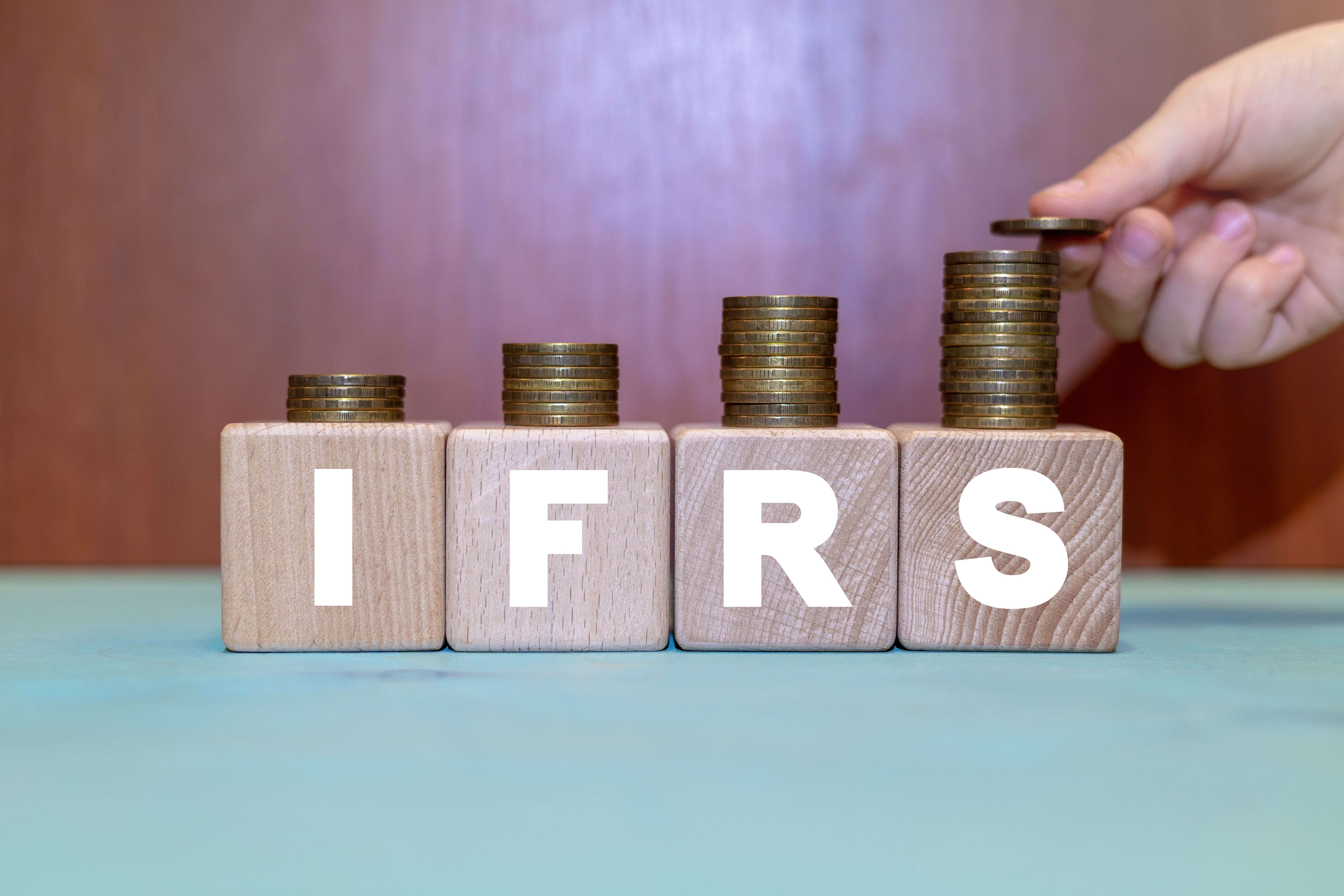 Hello all dedicated IFRS 17 news followers – after a slight break while we recharged our IFRS 17 knowledge here at APR towers we are now back with another scintillating article.

This article will focus on the Exposure Draft released by the IASB on 4 June 2019 and the amendments proposed therein.

This Draft by the IASB doesn’t necessarily introduce anything new if you have been keeping up to date with all the discussion of the Transition Resource Group, but that doesn’t mean there isn’t value in considering the Draft in slightly more than superficial detail. However, bear in mind this Draft is formalising ideas you may have heard before so when you see it mentioning a one-year delay, for example, don’t get too excited as this is the same one-year delay that was proposed in November last year and not an additional year!

So other than formalising the one-year delay that lulled a vast chunk of the industry into putting their feet up for a few months, what else is discussed in this Exposure Draft?

Well, in summary the main points that the Draft is addressing are:

We will now briefly look at each of these areas and provide APR’s take on how the amendments will affect firms.

Amendment: Certain credit cards and loans which were considered as including insurance provision have now been taken out of scope of IFRS 17.

Further detail: Credit cards meeting the insurance definition can be excluded from the IFRS 17 scope, provided that in setting the price of the credit contract with the customer, the issuing firm doesn’t allow for any assessment of the insurance risk associated with that individual customer. Previously such contracts were expected to be included.

How we see it: This is a helpful amendment as it removes the need for the preparers of financial statements to apply IFRS 17 to certain credit cards and loans.  It also means that for such products, which could have included both an insurance and non-insurance component, there is now no need to assess the non-insurance component to determine whether it requires unbundling from the insured component (because the insured component can be excluded anyway).

This unbundling assessment would have led to additional operational cost, so on both counts the amendment will reduce IFRS 17 implementation costs for some insurers that offer these types of loans and credit cards.

Amendment: It is now allowed that the insurance acquisition cashflows that are directly attributable to newly issued contracts can be partially allocated to contract renewals.

Further detail: The Contractual Service Margin (“CSM”) at initial recognition is reduced by insurance acquisition cashflows. Sometimes this can be significant and can cause a Loss Component to be recognised rather than a CSM. These insurance acquisition cashflows may include commissions for future expected renewals, which may not have been sufficiently priced into the initial premium, increasing the likelihood of making the contract onerous when these are all attributed to the contract at initial recognition. In summary, initial commission and other such cashflows were previously all attributed to the initial premium, but post-amendment part of these cashflows can be attributed to renewal premiums, decreasing the likelihood of the contract being onerous.

How we see it: This is a useful amendment, in that it should mean that contracts with high insurance acquisition cashflows, particularly (but not wholly) short contract boundaries paired with an expectation of renewal, are less likely to be considered onerous at initial recognition. There may be some modelling cost to allow IFRS 17 models to attribute them in this way but this is expected to be minimal.

Amendment: The coverage unit approach on insurance contracts without direct participation features must now take into consideration the expected period of investment return service (if any), in addition to the insurance coverage.

How we see it: This will better align the CSM release pattern with the services provided. Before the amendment there was no real recognition of the investment services provided when it came to the release of profit through the coverage unit mechanism. There is an extra disclosure required which demonstrates the approach taken by an insurer in weighting the benefits between insurance and investment related services.

Pre-amendment, losses on underlying insurance contracts were recognised immediately in P&L at initial recognition, but they were deferred through the coverage unit mechanism on the reinsurance side. This created an accounting mismatch.

Now, you can offset the loss on the underlying with a positive impact on reinsurance P&L immediately as a result of amendment, to the extent those losses are covered on a proportionate basis. This must be coupled with a reduction to the reinsurance CSM equal to the offset amount.

How we see it: Proportionate reinsurance is that where the recovery amounts are defined as a percentage of claims on the underlying insurance contracts. The clearest examples of these are Quota Share and Risk Premium reinsurance, but it may be possible to argue the case for other reinsurance types, eg Longevity reinsurance on annuities / bulks annuities.

Helpfully, there is no requirement to determine how much of the Loss Component results from claims or how much is from acquisition costs. The offset can be applied to the entire Loss Component, even though technically the reinsurance will usually only provide coverage on claims. This saves on the cost of having to split out these components.

The reinsurance contract must already be in place or entered into simultaneously as the underlying losses arise in order for offsetting to be permissible. Retrospective offsetting is not allowed, nor can you offset with respect to future expected losses (ie if you have your reinsurance in place and expect to write x amount of business which may be loss making you cannot pre-empt and apply LC offsetting

Presentation in the statement of financial position

Amendment: This amendment means that insurance contracts will now be presented in the statement of financial position at the portfolio level, rather than at group level as is currently required. This will also apply to reinsurance contracts.

Further detail: The requirement to present insurance contracts at group level in the statement of financial position presented some issues as it was possible for these groups to switch between a profitable and an onerous position. This contrasts the portfolio level where you would generally expect a permanent liability position in aggregate.

How we see it: This amendment means that entities can offset groups and present the higher portfolio level. So there will be groups that are assets and groups that are liabilities within a single portfolio and these can be offset against one another to give an overall portfolio position. In our view the potential loss of information due to netting is considered worth it when balancing it against the extra cost to insurers of the more granular approach.

Application of the risk mitigation option

Amendment: This amendment is an extension to the risk mitigation option which allows it to be used for reinsurance as well as derivatives, for directly participating contracts.

Further detail: Change in a derivative’s fair value is recognised immediately in the P&L under IFRS 9, but the related change to the insurance contract would adjust the CSM under the Variable Fee Approach (“VFA”). The risk mitigation option allows the insurer to recognise the effect of related changes in financial risk in the P&L, as opposed to adjusting the CSM.

Post-amendment, it will be possible to recognise those changes on the VFA contracts in the P&L, eliminating the mismatch between the overarching reinsurance contract and underlying insurance contract.

The second is applicable to contracts that use derivatives to mitigate financial risk. We have covered above the fact that firms can now take the impacts of changing financial changes to the P&L rather than the CSM where sufficient risk mitigation exists. Previously this could only have been applied fully retrospectively for units of account at transition; however, the amendment now allows companies to apply this prospectively from the date of transition only allowing for a fair value transitional calculation.

These two amendments could ease operational headaches on transition, as in both cases where fully retrospective data is not available companies now have an alternative to trying to source incomplete or inaccurate data. We expect there will be some administrative burden to using the allowances made in the amendments, but we would expect this to be less onerous than the operational gains.

We have summarised what we see as the main proposed changes to the IFRS 17 standard (we didn’t dwell on the one-year delay to the implementation date as this does exactly what it says on the tin).

These will have varying degrees of impact on insurers, with the one-year delay naturally having one of the bigger impacts on the operational pressures that IFRS 17 has introduced; that said, as this amendment has been known about for a while it is likely to have been accounted for by most insurers already. The transition modifications and reliefs may also ease operational and process pressures for insurers that have large portfolios of business acquired from other insurers.

One big issue with IFRS 17 that has become apparent during methodology and implementation phases is the accounting mismatches that treatment of reinsurance raises. There are two amendments proposed that should help to reduce these mismatches and should mean that the balance sheet impact of moving to IFRS 17 will not be as large as initially feared for insurance companies that hold a lot of reinsurance contracts.

These are just a few of the amendments that we at APR feel may be most welcome by insurers, but it’s worth noting that given insurance is such a varied industry the amendments that affect each insurance business most will depend on their own business mix; a full impact assessment should therefore be carried out by every company to assess how they will be affected.  However, we hope that this article has provided a helpful summary of some of the key points.

[1] A financial instrument that provides a particular investor with the contractual right to receive, as a supplement to an amount not subject to the discretion of the issuer, additional amounts: