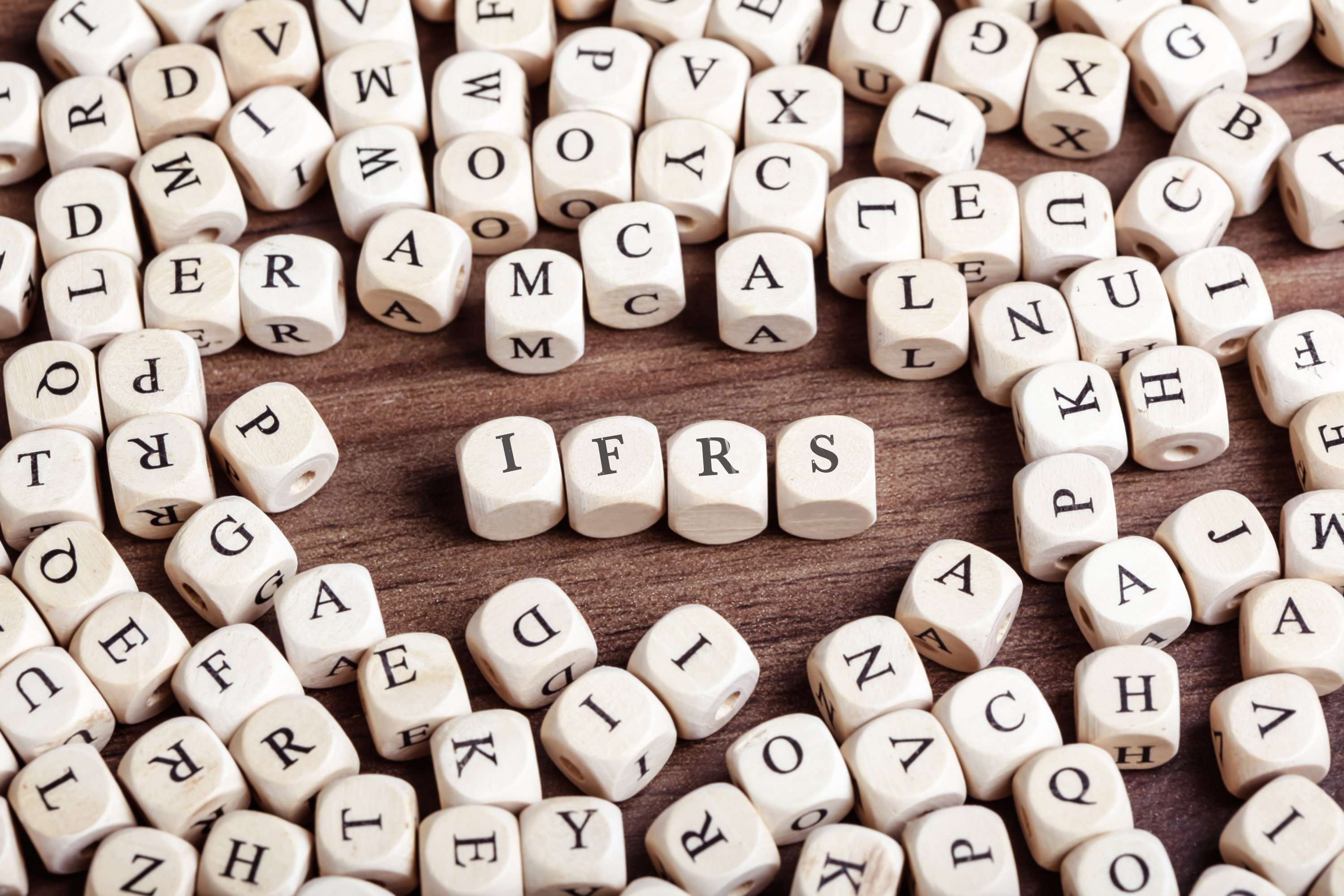 So where were we?

You were about to tell me about the issues with IFRS 4, which are apparently so serious they require this new IFRS 17 to correct, but then you went quiet and left me hanging for a month. Are you ready to continue?

IFRS 4 is an interim standard. With some restrictions, it permits adopters to continue with their existing accounting policies for insurance contracts. As each country has historically developed their own rules this allows the continuation of divergent valuation methods in each country. An “international” standard that allows wholly different rules dependent on nation is clearly flawed, according to desirable attribute number 2. Practically speaking this leads to a lack of comparability (and timing of profit emergence) between countries and between companies within the same country where local standards allow for a choice of approach.

Being honest, I’m pretty relieved you’re not interested in the German application. Within the UK, IFRS 4 has been in place since 2004 and applies to most companies. This methodology is based on an adjustment to now outdated solvency reporting reserves, known as the Modified Statutory Solvency Basis (“MSSB”).

While reading, it should, however, be remembered that IFRS 4 allows companies to make changes to their accounting policies if the changes make their financial statements “more relevant and no less reliable or more reliable and no less relevant” to the economic decision-making needs of users. This “loophole” means some of the below criticisms will not be relevant to all companies[1] but also further undermines attribute 2 “consistency” above.

So, under the MSSB:

So what is the problem with this approach?

Put simply; it is completely out of date. Prudent techniques are from a by-gone era of top hats, monocles and calculating your reserves on the back of a fag packet over your seventh lunchtime martini[2]. They are arbitrary and do not reflect the actual risks a company faces and as such may mislead analysts as to the risks inherent in the company. 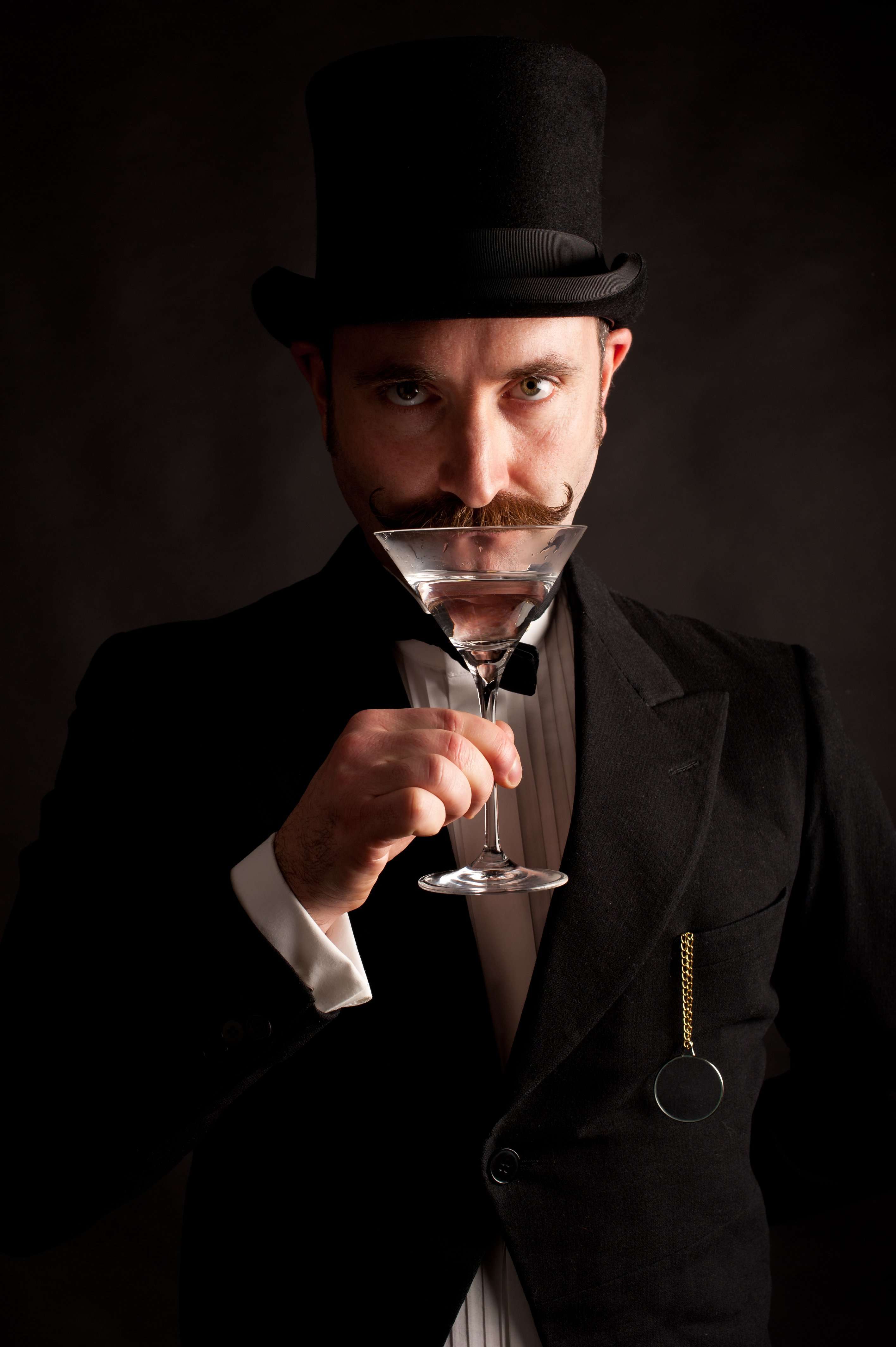 As an example, consider one company with a large variance in their mortality experience and another with a small variance but otherwise identical portfolios. The cause may be the level of initial underwriting. If both companies are required to add an arbitrary margin to their mortality assumptions, they will each calculate the same liability. This does not reflect the higher risk in the portfolio with high mortality variance from which an investor would require a higher return. A “fair value” or market consistent approach would need to relate this increased risk to the amount extra a knowledgeable party would require to accept the riskier liability; Solvency II does this through the risk margin. Our ideal accounting approach requires something similar.

The standard therefore falls down on both the ‘Informative’ and ‘Consistency’ ideal attributes.

Regarding the attribute 3, “timing and smoothness of profit emergence”, Single Premium (“SP”) and Regular Premium (“RP”) contracts fail in broadly opposite ways. If you’ve done your homework and read our first article, you will remember the example given that compared the profit signatures of two hypothetical standards; the first required no reserving and the second required a reserve of the full Sum Assured. Very roughly, to the point of almost irrelevance, SP contracts behave like the graph for standard 1 and RP contracts behave like the graph for standard 2.

Artist’s impression of the profit signatures of contracts with different premium frequencies:

I won’t go into specifics and will move swiftly on…

No, really – please would you go into the specifics of the undesirable aspects of the timing of profit emergence of non-par SP and RP contracts under IFRS 4?

Hmph, it’s rude to interrupt but it’s polite to listen, which you clearly have been. Fine…

For a single premium contract like an annuity, a company receives the full premium on day 1 and reports an increase in reserves. The prudential margins in the calculation of this liability are small relative to the premium leading to a large profit in that year’s profit and loss account. As the margins run-off we expect a small amount of profit to arise each year from the liability reducing at a greater rate than the assets reduce to pay the annuitant. Any adverse deviation in longevity experience[3] or changes to assumptions will feed directly into the profit and loss account. The combined effect of the above is volatile reported profits that depend on the quantity of new business sold that year and the experience of existing business relative to the valuation basis.

For regular premium products like term assurances, prudence in valuation assumptions often leads to an increase in reserves on day 1 that is larger than the initial premium received. This results in a reported loss known in the industry jargon as New Business Capital Strain. By contrast, under a market-consistent approach[4] like Solvency II, the Best Estimate Liability (“BEL”) for these products would nearly always be negative because the expected future premiums more than outweigh expenses and claims. IFRS 4 is effectively saying we have made the company weaker when really it has become stronger.

Deferring acquisition costs reduces this loss but it does not give investors any indication of the expected future profits on this business; it does not go nearly far enough. Subsequently, the timing of profit emergence is dictated by the run-off of prudential margins and DAC amortisation. While this will be related to the service provided, it will not be related in a transparent fashion nor necessarily in an equivalent manner between different companies. Like the SP case, experience deviation and assumptions changes are reported as profits / losses leading to profit volatility.

Put simply the timing of profit emergence for non-par insurance contracts is “all over the shop”. The fact that companies, through the Chief Financial Officer (“CFO”) forum[5], developed their own Embedded Value Standards to give investors adequate information about the true value of their existing business portfolios is testament to the inadequacy of IFRS 4.

And what about with-profits?

In 2004, the PRA was ahead of the global regulatory pack in this regard. Profit reporting under IFRS 4 is based on Solvency I, which involved a market-consistent valuation of options, guarantees and other benefits. Beyond Solvency I reserves, there was a Fund for Future Appropriations, which was the surplus in the With Profit Fund intended to enhance policyholder benefits.

Some companies also choose to disclose an Unallocated Distributable Surplus (“UDS”), which is the amount expected to be allocated to shareholders from the WP fund (but until allocation, it is a policyholder liability). This will often be allocated as bonuses are declared; eg for every £9 of bonus the shareholders receive £1. Since the timing and value of bonuses are uncertain, this is also true of the UDS, but it gives an indication of the return expected by shareholders. With profits funds have varying levels of complexity and as such so do their accounting policies, with some change over time to become more relevant or reliable.

This approach does not fail our criteria quite as spectacularly as its non-profit equivalent. The main issues are:

Point 2 is worth emphasising. The Balance Sheet liability and changes to liabilities reported in the Income Statement for both par and non-par are usually single figures and as such give no indication to analysts of their make-up or how they are expected to be realised, if at all. Additionally, as I hope you’ve gathered, their calculation is complex and requires extensive explanations of methodology in the notes to the accounts. While analysts have become familiar with this presentation, it is perhaps a naïve hope that they process this information into fair estimates of the underlying portfolio value and look past the fluctuating annually reported profits. In a perfect world, the information would be presented so that they don’t have to!

Another point is that using such diametrically different methods to value WP and NP contracts is an issue in itself and some alignment of the two methodologies would be undeniably useful. There are, however, good arguments, beyond the underlying modelling[7], to report profits arising from the two types of contract differently. For example, if economic conditions change affecting discount rates and future yields, the underlying expected future cash flows of non-profit contracts are unchanged whereas those of WP contracts will alter substantially as bonus expectations change. Therefore, it could be argued that it is the future profits WP contracts that are affected whereas the impact on NP is immediate. Our ideal standard would perhaps make this distinction in the timing of its profit distribution while presenting the two contract types in a comparable manner.

I’m convinced, the current approach fails to adequately fulfil the desirable traits for an accounting standard for insurance contracts, tell me about IFRS 17… 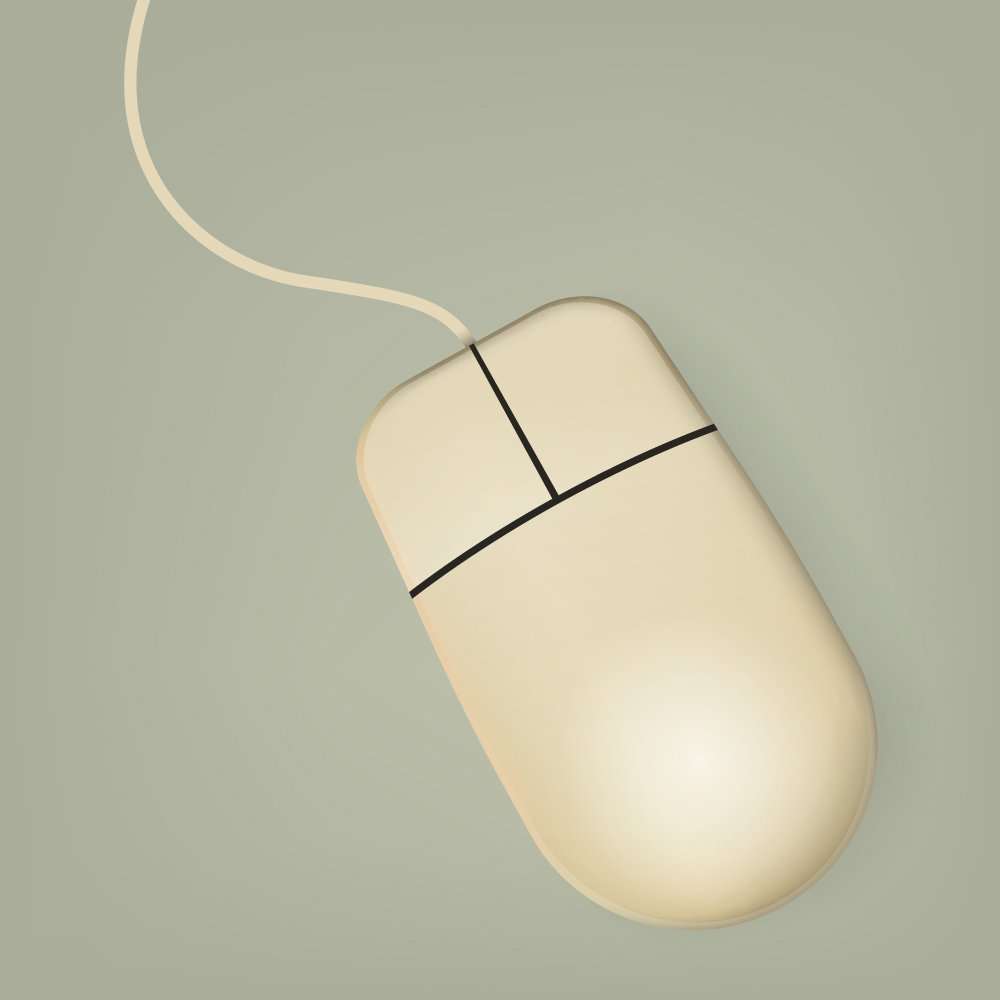 Slow down, we’re all busy people here and also wish to maximise traffic to this flashy website you’re viewing. Please tell all your actuarial friends about this little series, get us the clicks to satiate our managers (James Nicholl[8] is a fiend for clicks) and then maybe we’ll oblige in blowing your mind with some more readable insights into the future of insurance accounting. 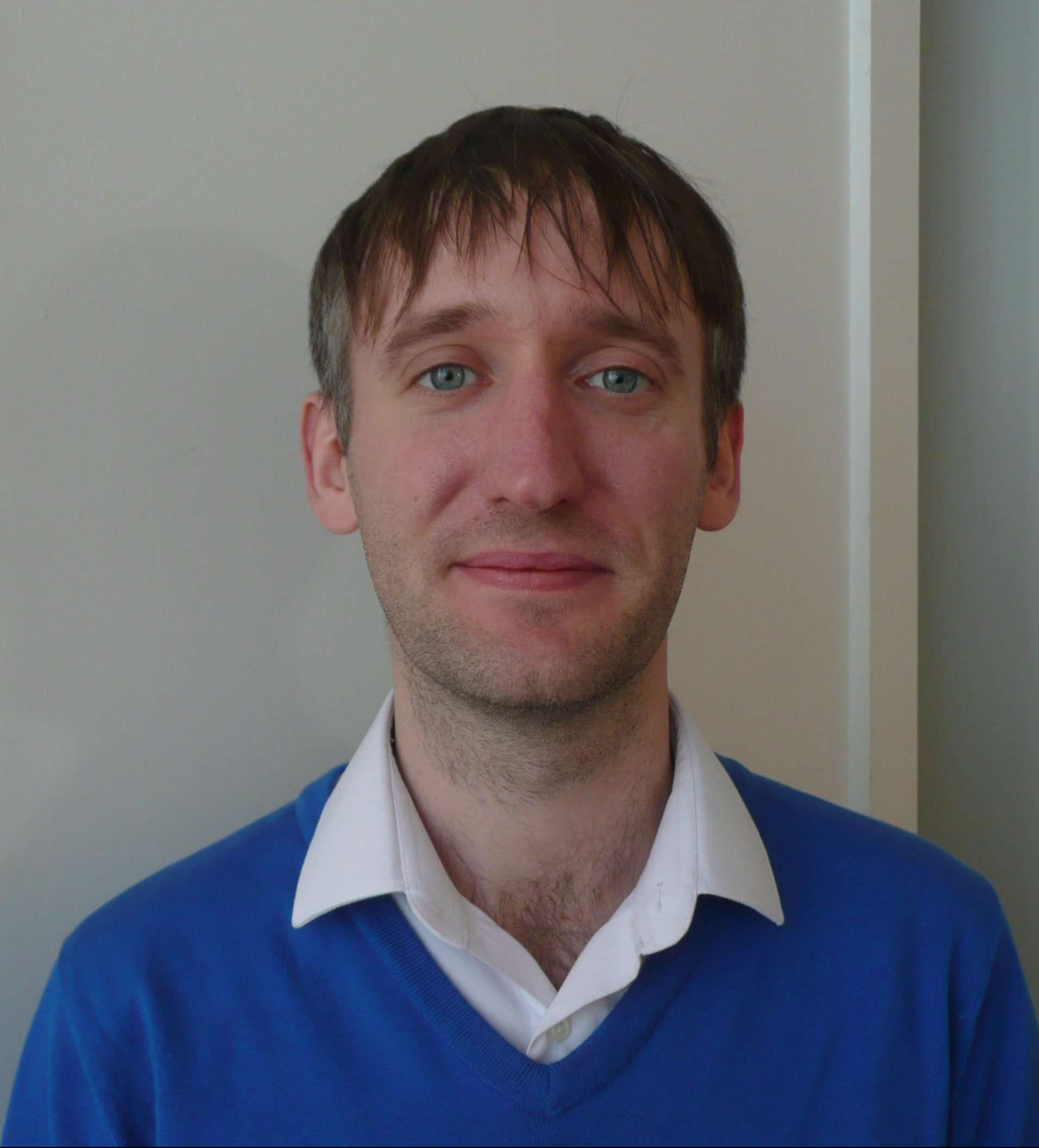 [1] For example, most companies will have changed their reporting to “strip out” some of the more complex and less material aspects of Solvency 1 under this justification. Some may even have aligned financial reporting with SII – although the author is unaware of any examples and considers this unlikely given the imminent introduction of IFRS 17.

[4] As mentioned in article 1, this means the value of liabilities is derived as far as possible with reference to observable market data. It is the antithesis of prudent valuation.

[5] The CFO forum is where the Chief Financial Officers of the most important European insurers meet. Essentially “the big dogs of the big dogs”.

[6] Please note this bullet is specifically in relation to incorporating market consistent techniques in Statutory Actuarial Valuation regulation in 2004. Brexit may invalidate it as general observation (full disclosure; the author is Irish).

[7] Stochastic vs. deterministic under SII is what I’m getting at rather than the outdated valuation interest rate with prudence that non-par currently uses.