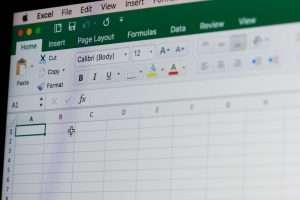 The European Spreadsheet Risk Interest Group (EUSprig) is a group of individuals across the European Union concerned with spreadsheet integrity. The group, formed in March 1999, has held an annual conference each year since 2000, and I had the privilege of attending this conference this year (2018).

After a brief introduction from the sponsor of the conference, Global Software, the conference got underway with a session on ‘Structured Spreadsheet Modelling and Implementation’. This session was taken by Paul Mireault, who is now retired but was a Professor at HEC Montreal, and it was in fact the second in a series on development and implementation of spreadsheet models.

The session focused on developing spreadsheets with three or more dimensions, and the problems which arise in such situations.

Typically, the dimensions would be modelled using several tables / workbooks; the key aim of the session was to show that using data warehousing techniques from database theory, with different tables linking each of the dimensions to the others, gives a clearer and more coherent spreadsheet model.

This session was followed by Roger Turner of Wesleyan, who offered a case study in developing spreadsheet control, with a focus on end-user computing and encouraging teams to identify and highlight risk within commonly used spreadsheets. This included a discussion on the factors which lead to critical risk within a spreadsheet, including those specific to the spreadsheet such as materiality, as well as factors within the team such as the number of employees able to audit / use the spreadsheet.

After lunch, Maria Csernoch (University of Debrecen) shared some of the research conducted by her department into whether digital natives are spreadsheet natives, with the conclusion being that being a digital native does not significantly improve spreadsheet ability.

After this, Bjorn Stiel from Zoomer Analytics gave an overview of how the version control system Git might be used by Excel developers.

Finally, the sponsors of the event Global Software gave an overview of the work they have been doing in developing tools for spreadsheet auditing and automation.

After all of the material had been presented, there was an informal question and answer session; several of the questions alluded to the future of spreadsheet modelling and the prevalence of Excel, with the general consensus being that Excel will probably continue to be the default spreadsheet program for a number of years, owing to its ease of use for users with little mathematical ability.