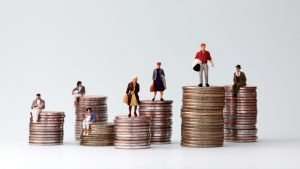 Differential pricing (or dual pricing) generally refers to the practice of charging different prices for the same product based on customer characteristics or the circumstances of the purchase. It occurs across all sorts of markets.

Some examples of differential pricing are:

These examples show circumstances where differential pricing can be beneficial or detrimental to customer welfare. Within insurance, it generally refers to charging different prices to customers based on factors not associated with their risk profile.

In reality, measurement of whether differential pricing is beneficial or detrimental to consumers in a market, and the magnitude of this effect, is complicated and requires significant time and data to assess.

Over the last few years, many governments have begun to assess differential pricing in various markets to determine the impact it has on competition and on vulnerable consumers, and to decide if direct legislation or resources need to be provided by regulators themselves.

Within the insurance market

Differential pricing is usually seen within non-life insurance markets, due to regular renewals and switching of providers. This allows general insurers to gain information about customer behaviour and adjust prices accordingly. How regulators react to the practice is thus very important to any non-life actuaries.

Insurance companies commonly produce large volumes of data, generating an ability to divide customers up into specific strata and differentiate price in many ways to generate revenue. They also work with complex models and can therefore make highly accurate assumptions about customer behaviour.

Other restrictions on the insurance market implemented by governments can affect the prevalence of such pricing practices. An example is the Lifetime Community Rating, introduced by the Irish government, which means that the price everyone pays for their health insurance plan is the same regardless of their age or health profile. Another is a scheme in New Zealand which funds third-party injury costs from motor accidents through a levy on motor registration fees and on petrol purchases.

Since 2015, regulatory reviews based around differential pricing practices have been taking place in various nations such as:

The US banned, what they labelled “price optimisation”, in 20 states between the years of 2014-17. After a 2015 widescale review by the Consumer Federation of America (CFA), they implemented much heavier regulations of the practices[1].

The UK Financial Conduct Authority (FCA) began a report in 2018, which discovered an increase in the practices within the market, and a larger “loyalty penalty” (which will be discussed later). A policy statement was released in August 2021 that announced a ban on price walking and changes to auto-renewal regulations[2]. The Central Bank of Ireland (CBI) recently completed their report into the practice in July 2021[3].

Why is it being investigated?

The main concern when it comes to differential pricing, and the reason national reports are currently so common, is that of customer welfare. There has been a large push in recent times to make insurance products more equitable, from both national organisations such as the FCA and CBI, and international organisations such as EIOPA (European Insurance and Occupational Pension Authority). Arguments have been made that some differential pricing practices disproportionately increase the average price of insurance for vulnerable customers. These are customers who may be less financially capable, or have less money available to pay for insurance, and thus would be more likely to go for a ‘bad deal’ and suffer proportionally higher losses from such a deal. 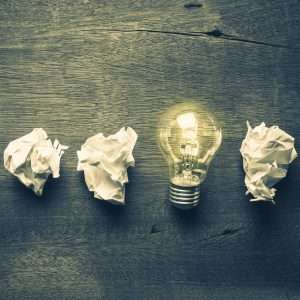 The CBI have found that many Irish insurers use models to determine which customers are more likely/unlikely to ‘shop around’ when their policy is due to be renewed[4]. Better discounts then tend to be supplied to those who are more likely to shop around and the aforementioned ‘loyalty penalty’ then resides for those who are unlikely to change insurer (as they end up paying more than average for policies due to sticking with the same company).

The problem arises because the behaviour of not shopping around is highly correlated to a general lack of financial sophistication. People with less financial confidence or understanding are much less likely to recognise the benefits of shopping around or procrastinate due to perceiving the act as much more difficult than those with more financial capability.

The FCA report backed this. Firstly, it showed that renewing customers in various general insurance markets paid between 11 and 21 percent more than new customers to the same companies in those markets. On further analysis of those ‘high paying’ customers, the FCA classed 1 in 3 as having at least one ‘vulnerable characteristic’ (low financial resilience, knowledge or confidence)[5].

These findings, along with the actions of the CFA in the US, seem to validate the general concern around differential pricing. In Ireland, both public and political backlash over these has led to a large, three-phase CBI report to determine if and what actions should be taken in regards to these insurance practices.

The CBI Report: A Summary

The CBI announced in late 2019 that differential pricing in insurance was a potential risk to customers, and that they would commence a full review of its effects in the market. This was to be a three-phase review consisting of: Phase 1 – Market Analysis, Phase 2 –  Quantitative Analysis and Consumer Insight and Phase 3 – Conclusions and Recommendations.

This review is now complete and is available to the public here.

Through the investigation, the CBI found that there is significant use of models associated with differential pricing in the motor and home markets, and they disagreed with some firms who stated that they do not utilise such practices. They concluded that inadequate governance was applied to properly oversee the practices. They also criticised a lack of consumer focus in the culture of firms when it came to pricing decisions.

They then released the final report, which included proposals such as:

Along with these, the CBI have said that they will investigate further the areas of complaints resolution, vulnerable consumers, and transparency.

The CBI sought responses from those potentially affected by the proposed changes up until November 2021. One such response from Insurance Ireland agreed with the ban on price walking but raised concerns about the automatic renewals proposition. They believe that this “would result in a risk for consumers of becoming inadvertently uninsured” due to opt-in renewals[6].

Each of the proposals above have their own benefits and drawbacks, and it is clear that whatever approach is taken will have consequences for insurers’ practices, marketing, and pricing.

It is worth noting that new advice or guidelines could be published very soon or since this article has been written!

It is likely that more consumer-centric practices and cultures within the industry will bring advantages, such as stronger relationships with customers. But it will also inevitably lead to changes in pricing going forward. Analysis of big data in respect to customer retention is unlikely to be banned outright, however, the use of models that take advantage of such analysis for pricing purposes may become unsuitable or outlawed entirely.

Insurers will need to update their pricing models to reflect any new requirements. This could mean companies looking to stratify customer groups in different ways that do not differentiate between those with similar risk profiles. While insurance companies may remove certain factors from pricing models, they may be challenged by regulators who demonstrate that proxy rating factors are not in place (as for other protected characteristics such as gender-based pricing). An interesting article on proxy factors and bias in models in The Actuary magazine can be found here.

Insurers might also use this as an opportunity to revisit their approach to Product Oversight and Governance. Identifying the target market, and ensuring sales and renewals are appropriate for consumers with vulnerable characteristics is one element of this. Insurance companies may try to focus on better customer-relations and rewarding loyalty rather than the current norm of ‘punishing’ it. This EIOPA publication from 2020 gives a framework for regulators to review insurers’ approach to assessing their target markets and testing/monitoring their products sufficiently.

Regulations may lead to significant changes in the pricing practices we use as actuaries, and even require significant change projects. However, while change can be tedious, it is a positive thought that these changes should lead to fairer models, more equitable products and, hopefully, happier customers. 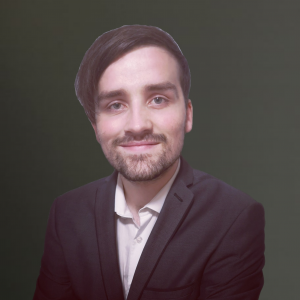 [6] Insurance Ireland – The Voice of Insurance