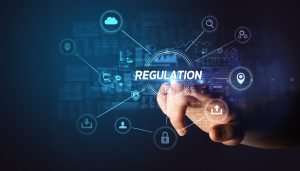 Read on for details of the UK government’s plans to reform the SII regime, and potential knock-on effects. 10 min read.

As many will be aware by now, the latest step in the government’s plans to reform the Solvency II (SII) regime for the UK insurance sector has been published.  This is taking the form of a consultation, which was published by HM Treasury on the 28th April 2022, and is open to responses until the 21st July 2022 [1].

More widely, the review of SII is part of the government’s wider “Benefits of Brexit” programme.  Wherever you sit on that debate, the final outcome of the review will likely have a significant impact on how insurance companies operate within the UK over the coming years.  The stated objectives of the review are as follows:

It is worth noting that in many cases, these objectives compete against each other, so there is a need to find a balance in the proposals – we’ll leave it up to you to decide if the proposals in their current form achieve that!  Equally, it is worth noting that this consultation has come from the government rather than the PRA.  While the PRA have been heavily involved in the review, we think it is fair to say that there is a political element to these proposals.  Again, we’re not looking to pass comment on that, but it may be useful context when considering what is being suggested.

There are four main areas where proposals have been made within the consultation:

In the remainder of this article, we will outline the proposals in each area, and highlight the reasoning and potential effects of these.

The risk margin is the difference between an insurer’s liabilities valued using their best estimate basis and the market value (i.e. the amount to be paid to transfer the liabilities to a third party).

Changes to the risk margin have been in many life insurers’ sights for a long time, with the main responses from the prior call for evidence citing that the risk margin was often too large and volatile, specifically for life insurers (particularly annuity writers) where the long-term nature of assets and liabilities create a larger uncertainty, meaning more capital is required to be held. This has resulted in a high level of longevity risk reinsured to companies based outside of the UK/EU in recent years, often to take advantage of lower capital requirements under other regulatory regimes (“regulatory arbitrage”).

As a result, the first proposal in the consultation looks at changing the risk margin calculation approach.  While calibrations have not been set out, the headline of this proposal is that these would be set with the aim of reducing the size of the risk margin for long-term insurers by around 60-70%, and a lower reduction of around 30% for general insurers.

Two potential methodology options have been suggested for this; a “modified cost of capital” approach and the “margin over current estimate” approach.  The government favours the former as it is closer to the current approach, reducing implementation costs and complexity, as well as being more in line with the original purpose of the risk margin and proposed reforms currently being considered within the EU.

As well as the reduction in the risk margin freeing up capital to be used elsewhere and reducing the costs of writing new business, it is suggested that this change would also reduce the volatility on insurers’ balance sheets and reduce incentives to reinsure longevity risk offshore.

There are some potential risks to this though, as alluded to in the consultation questions.  In particular, one area to consider is whether the significant reduction in risk margin would impact the level of protection for policyholders.  Equally, there is a risk that the reduction in risk margin does not have the government’s intended effect of investment into the UK economy, with the savings instead passed on to shareholders via dividends or used to fuel executive bonuses.

The current matching adjustment allows insurers to benefit from long-term assets that match the cashflows of their long-term liabilities, as risk is reduced. However, even with a matched investment strategy, insurers are still open to risks including credit, illiquidity, and other residual risks and must therefore hold additional capital to cover these risks independently; this is called the fundamental spread.  The higher the fundamental spread, the lower the matching adjustment benefit.

The consultation paper highlights some evidence of weaknesses in the current fundamental spread methodology, but consensus has not yet been reached on deciding how to reform the fundamental spread, which highlights the complexity of the subject, as well as the importance of finding an appropriate approach.  The Matching Adjustment is widely used by UK insurers and the total benefit across all insurers’ balance sheets at year-end 2020 was £81bn.  An increase in the fundamental spread would reduce this benefit, requiring insurers to hold more capital, while a reduction would release capital, but potentially have an unacceptable impact on policyholder protection levels.

A weakness of the current approach is that it may not fully reflect the retained risks as it is fixed across all assets with the same credit rating, sector and term.  This encourages riskier behaviour from insurers looking to invest in assets with the highest credit spread within each credit rating/sector/term bucket in order to maximise the MA benefit.  The risk that retained risks are not adequately reflected may be increasing due to the higher proportions of illiquid assets used within matching adjustment portfolios in recent years.

The government is considering a fundamental spread methodology that includes the market measure of credit risk which could consist of the sum of the expected loss and a credit risk premium (CRP) based on market measures of the asset spread. This seeks to address the concerns set out above.

The PRA considers a CRP calibrated to be equivalent to at least 35% of credit spreads on average and over time to be consistent with its statutory objectives. The government recognises that changing the fundamental spread means that a re-evaluation of internal models used to calculate solvency capital may be needed, as well as impacting pricing and investment decisions.  As such, any changes are proposed to be phased in over time.

Note that there are inter-dependencies between the proposed reforms of the fundamental spread and the risk margin and the two proposals need to be considered together.

Firstly, the government proposes to include more assets and change the treatment of some assets already included in MA portfolios. This includes

The report also suggests increasing the speed of decisions on whether less complex or innovative assets are eligible for MA. For innovative assets, this would aim to reduce the disincentive to invest in these assets and increase investment flexibility by reducing costs and uncertainty.

Secondly, there is a proposal to extend the liabilities that are suitable to be included in matching adjustments. For example, products that insure morbidity risk. This has the aim to improve product pricing for customers as well as encouraging innovation in products protecting customers from morbidity risk. With-profits annuities and deferred annuities in with-profit funds are also proposed to be allowed to be included in MA portfolios, contingent on there being part of the benefit that is guaranteed and could be matched with bond assets.

There is a further proposal to introduce a more proportionate consequence for the breach of the rules of MA portfolios. The aim of this would be to reduce overly cautious portfolio management. The report also suggests removing disproportionately harsh treatment of assets that have a rating of below BBB in matching adjustment portfolios.

The government is also looking for views on how the MA approval process could be streamlined to allow applications to use the MA to be approved more quickly.

These proposals are very much in the vein of the PRA’s third objective of the review of Solvency II mentioned at the start of this article.  However, there are potential risks to this, particularly if relaxing some of the requirements creates incentives to invest in riskier assets that may be less suited to matching the liability cashflows, and subsequently impacting policyholder protection levels.

The government considers that the current Solvency II regime has high reporting and administrative demand on the insurers that follow its regulation. The government wants to reduce this burden to increase competition and increase flexibility on how reporting requirements are met.

There is also a proposal to reform the reporting framework by simplifying more complex templates, reducing frequency of some required reporting and adapt templates to be more relevant to UK market.

Furthermore, they want to reduce the number and prescriptiveness of requirements relating to internal model standards, which will give more freedom to insurers on how to meet these requirements.  This should also reduce the burden on the PRA by limiting the need for long discussions around detailed technical points and allowing simpler approaches (subject to appropriate safeguards).

There are also proposals on allowing more than one approach to the calculation of group capital requirements, in some situations, with the aim to help insurance groups that want to grow.  Finally, there is a proposal to simplify the calculation of Solvency II transitional measures on technical provisions (TMTP) to reduce the administrative burden of maintaining legacy systems required under the current calculation approach.

In terms of new entrants to the UK insurance market, there are considerations to double the threshold for size and complexity of insurers before they must comply with SII regulation and to introduce a mobilisation regime for new insurers which may allow lower capital floor, lower expectations of key personnel and governance structures, and exemptions for some reporting requirements. There is also a proposal to remove requirement for UK branches of foreign insurers to calculate branch capital requirements and hold local assets. These proposals would have the intention to increase competition in the UK market and enhance UK attractiveness to branches of foreign insurers.

As with the other proposals, there are potential risks to go along with the benefits.  While many insurers will welcome a lower reporting burden and simplifications in the internal model requirements, it is important to note that these do play a role in ensuring policyholders are protected as part of the wider regulatory package and keeping confidence in the industry high.  Equally, measures to encourage new entrants into the market may help to increase competition, which could lead to lower costs for consumers, but if capital and governance requirements for these new entrants are set too low, then there may be a significant risk to prospective policyholders.

As mentioned in the introduction, the proposed changes will shape the future of the insurance industry over the next few years.  There is a lot to digest from the consultation and the proposed changes will impact each firm differently.  Many of the proposals look to simplify the current regime and increase investment in the wider UK economy in line with the government’s stated objectives.

However, it is important to ensure that this is balanced by the need to ensure policyholders’ interests are well-protected, which seems to be the subtext to many of the consultation questions.