On Friday 27 October APR's staff and partners came together in Brighton to mark the tenth anniversary of the business.

Although APR started trading in 2006, 2007 saw our first contractor placement and our first actuarial employees - marking the two key pillars of our business.

Ten years on, the weekend consisted of a mixture of training, team-building activities, fun and relaxation.

Friday afternoon saw a series of training sessions, either side of which APR's partners looked back at some of the highlights of the last ten years, and ahead at what the future might hold for the business. The time in between covered: 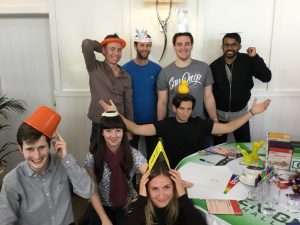 In a packed day on Saturday we were treated to two team-building events to exercise mind and body: 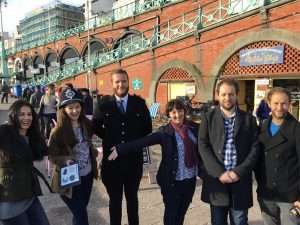 Aside from the professional training aspects, one of the key objectives of the weekend was to give us all the opportunity to spend time together as a group, something APR's business model, with staff spending the majority of time on client projects, seldom allows us to do.

A trip up Brighton's iconic i360 tower was followed by a laid-back dinner on Friday evening, after which many of us visited a couple of Brighton's livelier night-spots.

What down-time we could find was spent conquering the hotel spa - an army of actuaries wearing hurriedly purchased matching swimwear must have been a sight to behold.

On Saturday night we were treated to a formal dinner at the Grand Hotel, over the course of which we all got to play Sherlock in a murder mystery. With each table working as a team, three of the four teams came up with highly plausible scenarios; in fact of these, two teams won bragging rights by correctly identifying the murderer. The fourth team was, alas, abysmally wide of the mark and as punishment was made to re-enact their delusional fantasy, to much hilarity.

Prizes awarded for performance in the activities went to Adam and Gajan, and awards were also presented to highlight standout achievements by APR staff over the years (some work-related, some notable in other ways!); all of which was debated long into the night, demonstrating that the competitive spirit hasn't died just yet. 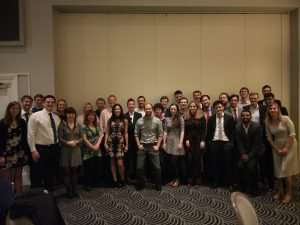 What we all thought

A great time was had by all - a few parting thoughts from our staff:

"A weekend full of fun, adventure, thinking outside the box, surprises and good old slapstick!" - Marc

"It was great to catch up with so many of my colleagues over the weekend and celebrate the company's success over the last 10 years, as well as looking forward to the future with some informative training sessions on the Friday afternoon. My personal highlight was the Sherlock Holmes challenge which was great fun and got us out and about exploring Brighton in the (unexpected) late October sunshine!" -  Ross

"I had a thoroughly enjoyable weekend on the English Riviera celebrating APRs 10th birthday. I was tested to my limits, both physically and mentally, by the various puzzles and activities throughout the weekend, particularly given my struggles in shaking off the consequences of Friday night's exertions." - Mark 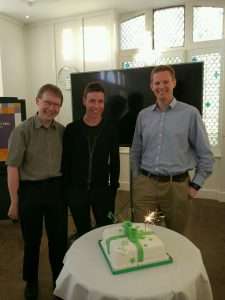 "The weekend was great fun and an excellent opportunity to catch up with colleagues who have been away on projects. I particularly enjoyed the Sherlock Holmes themed treasure hunt which seemed to bring out the strong competitive nature in APR's staff! Roll on the 20th anniversary!" - Sammy

And lastly, some highlights for the APR partners: