An Introduction to Chess Tactics 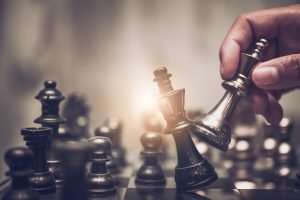 Chess is undoubtedly one of, if not, the most recognised board game around the world. In part, this is due to its history and global reach. The game has been around in one form or another since at least the beginning of the 7th century and the current rules have been in existence for more than 500 years. The other part is the endless playability that results from a relatively simple set of rules.

The Start of a Cultural Shift

Unfortunately, chess is not without its social stigma. The school chess club was stereotypically the place where the “nerds” would hang out, in particular boys, rather than girls. A stereotype often propagated by TV and film. The game has long been falsely associated with an air of elitism, predominantly by non-players, and perhaps this is what has put people off chess. Often heard are protests of “I don’t have the ability to play” or “I’m never going to be any good”. Whilst it is unlikely that you’ll be a world chess champion, the same is true of you scoring the winning goal in a world cup final. Despite this, many are still happy to have a kickabout in the local park with their friends and this is undoubtedly where all the top footballers began.

For chess, October 2020 inarguably held a key event which has helped change this false perception and led to a sharp rise in popularity amongst all groups. During the Covid-19 pandemic, as restrictions were beginning to be put back in place in the UK, with a second lockdown on the horizon, Netflix released its miniseries “The Queen’s Gambit”. Based on the 1983 novel of the same name by Walter Tevis, the show, set in the 1950s and 1960s, follows the life of Beth Harmon, played by Anya Taylor-Joy, a fictional chess-prodigy on her way to the top of the male-dominated chess world whilst grappling with addiction. Netflix announced that in the first month, the show had been watched by 62 million households making it the platform’s biggest limited series at the time. The show went on to win 11 Emmy Awards and 2 Golden Globes.

Around the time of the release of “The Queen’s Gambit”, Amazon saw a sharp rise in the number of searches for “chess set” and the gaming site Chess.com claimed their number of daily new registrations was up by 400%. Twitch saw both a rise in the popularity of titled chess streamers and a rise in popularity of chess amongst the top streamers with the former coaching and commentating on tournaments between the latter.

Not wanting to miss out on all the fun, following the April 2021 exam sitting, APR started its very own chess league. A total of 19 players signed up, some entirely new to the game and some with more experience than they’re publicly willing to admit to. A couple of introductory lunchtime presentations were held to get the former up to speed as best was possible, covering the rules and some ideas – such as the tactics below. Matches were held weekly (online of course) with the following rules:

There were many comments around the high quality of play across the board, but after the dust had settled, two players stood out from the rest, having only dropped 2.5 points each. By the tie-break condition in the final rule, Michael Lausch was declared the victor with Joe Barnett placing 2nd.

Every chess player’s arsenal contains a considerable number of ideas that are referred to as tactics, some of which are exhibited below. But first, what is a chess tactic? And how does it differ from strategy? Mostly, tactics are a short combination of often forcing moves that are used to gain an advantage over an opponent or even win the game. They are usually a consequence of an oversight by one player. Strategy refers to long-term objectives in the game such as developing the pieces or coordinating an attack on a particular area of the board. Max Euwe, World Chess Champion 1935-1937, distinguished the two by “strategy requires thought, tactics require observation”.

Each tactic below consists of a definition followed by an example (left) and a puzzle (right). The objective of each puzzle is to find the best move for White – the move will exhibit the tactic described. The solutions to all the puzzles can be found at the end. For those that are unfamiliar, the rules of chess can be found here. In particular, the below relies heavily on algebraic notation which is covered in greater detail here.

Capture the defender (or removal of the guard) is where a key square is only just sufficiently defended and by capturing or deflecting one of the defenders, said key square can be taken control of. For example, Black’s bishop on e7 is attacked by White’s rook on e1 but defended by Black’s knight on c6. If White captures that knight with the bishop on b5, then Black is down a piece and has to either defend their unprotected bishop, allowing White’s bishop to retreat, or Black can recapture White’s bishop at the cost of their own. In both scenarios, White is up a piece. 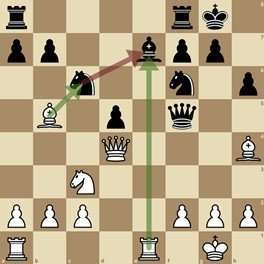 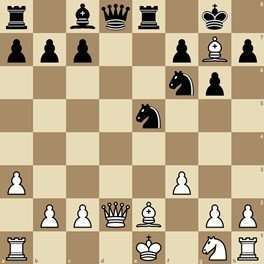 A fork is a move that uses one piece to simultaneously attack two or more opponent pieces such that all threats cannot be sufficiently dealt with. For example, White’s knight on c7 is putting Black’s king on e8 in check whilst also attacking the rook on a8. Black is forced to move the king and lose the rook. 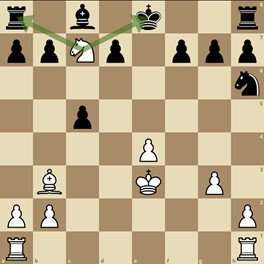 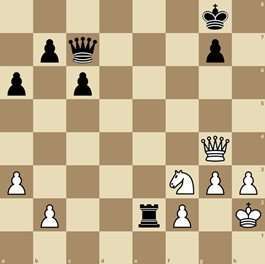 A pin is where a piece is being attacked by an opponent’s piece which has range (bishop, rook or queen) and should it move, it would reveal an attack on a more valuable piece behind it. For example, White’s bishop on b3 is attacking Black’s queen on d5, but it’s blocking the path to Black’s king on f7. In this instance, it would be illegal for the queen to move out the way – this is called an absolute pin (as opposed to a relative pin). 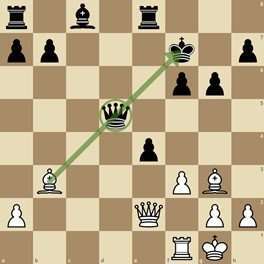 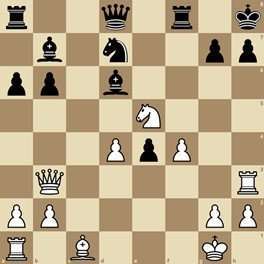 A skewer is where a piece is being attacked by an opponent’s piece which has range and should it move, it would reveal an attack on a less valuable piece behind it. In a sense, this is the opposite of a pin. The revealed piece is usually insufficiently defended. For example, White’s bishop on f4 is attacking Black’s king on e5 and when it moves, Black’s knight on c7 will be hanging (a term which means undefended). 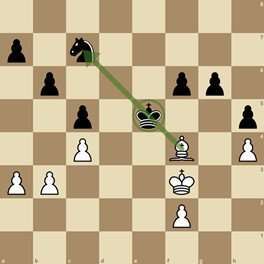 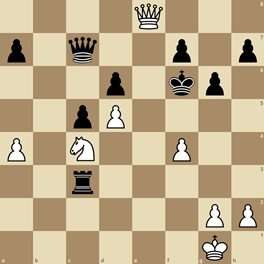 A discovered attack is where a player moves a piece which was blocking their own attack. Often this creates two threats – the threat revealed by the piece moving from a square and the threat created by the piece moving to another square. For example, White’s bishop that was on e3, was blocking the path of its rook on f3 to Black’s queen on b3. By moving to h7 it reveals this threat whilst simultaneously giving a check. The check must be dealt with, allowing White to win the queen. 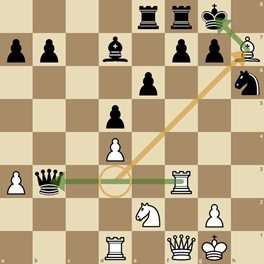 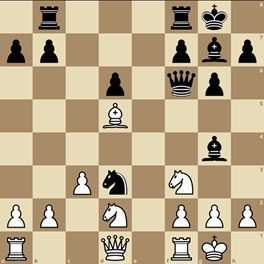 A double check is a special case of a discovered attack where both the attack revealed and the attack created are against the opponent’s king. Normally there are three ways to address a check – move the king out the way, capture the attacking piece or move a piece between the king and the attacker. However, in the case of a double check, only the first option is available. For example, White’s knight moved from e4 to f6 which itself delivers check and reveals the queen on e2, also giving a check. Since the only unoccupied square adjacent to Black’s king is e7, which is also covered by White’s queen, this is in fact checkmate! 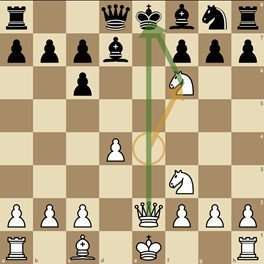 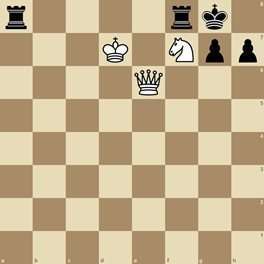 These are some of the fundamental tactics but there are many more such as attraction, deflection (similar to overloading), clearance, interference, intermezzo, zugzwang and the dreaded windmill! 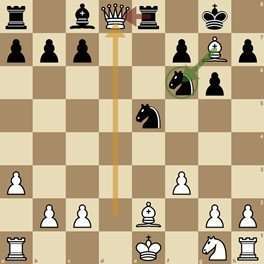 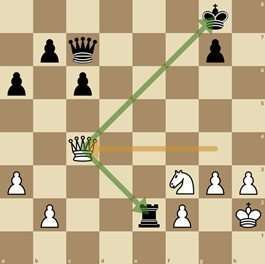 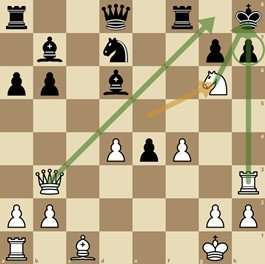 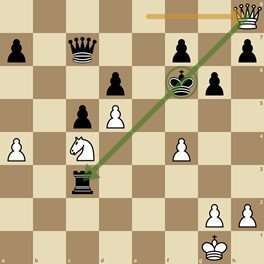 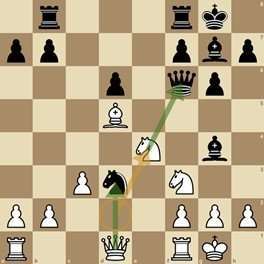 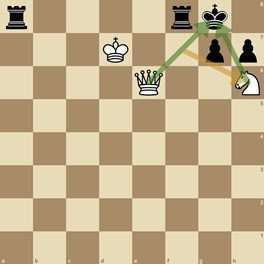 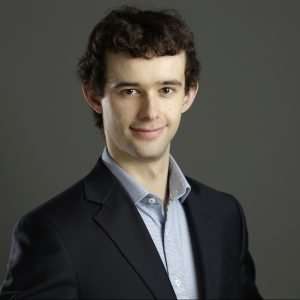